NeedleBay in a major medication compliance study at Cardiff University

Needlebay has recently been the subject of a large-scale patient trial at Cardiff University with over 250 participants. The team at Cardiff University School of Healthcare Sciences, led by Professor Courtenay was briefed to study the benefits and usage of a trial version of the NeedleBay medication compliance system.

The trial version of NeedleBay had been specially adapted to provide a device that focused on the user need for focused management of insulin pen needles and the accurate use of insulin medication over a sustained period.

The School of Healthcare Silences has a specialist interest in medication management due to the huge costs to the NHS of treating diabetes (probably exceeding £3bn in 2020).

In particular the school is aware of the recent paper from York University which began to evaluate the huge cost of medication mismanagement by those with diabetes.

Even prior to the study NeedleBay was believed to have very significant potential to reduce non compliance amongst those with diabetes. 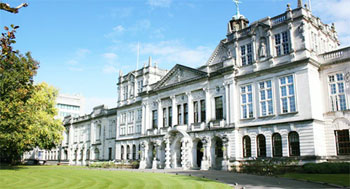 The statistical analysis of the trail data was undertaken at Reading University, and on completion the final paper was published at the European Association for Study of Diabetes (ESAD) meeting in Stockholm.

New version of NeedleBay for 2021